Pay in 4! Select Klarna at checkout, we will contact you with instructions. Learn More>> 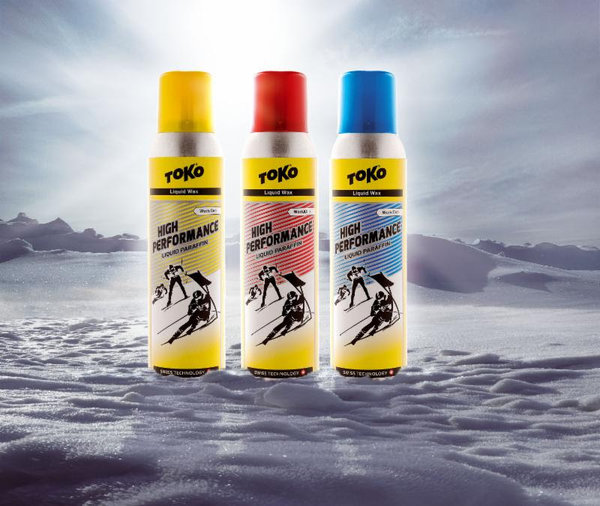 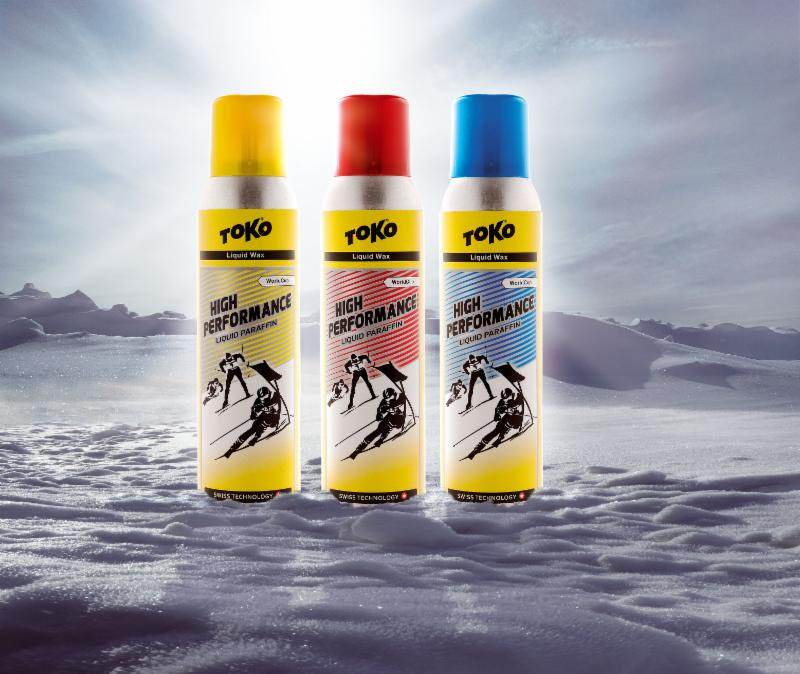 Introducing Toko High Performance Liquid Paraffin
All of our hot waxes are in stock including the new High Performance and Performance hot waxes. So, why then do we have HP Liquid Paraffins? Because they yield faster skis in most conditions and are quick and easy to apply. We did not make these waxes for convenience though, they are our best wax in most conditions. One year ago in Soelden, Austria and then for the opening Cross Country FIS race in Beitostolen, Norway, Toko race service sold over 600 units of HP Liquid Paraffin to National Teams. The popularity continued throughout the winter. These are revolutionary waxes - different from the other liquid paraffins on the market.
What makes them different? The key is having a paraffin type with an extremely small particle size. The smaller the particle, the less the need to use heat (heat makes the particle size smaller). Using heat though has disadvantages as you will see. Our HP Liquid Paraffin has the smallest particle size of any liquid paraffin on the market and thus outperforms in terms of speed and durability. Additionally we do not use a propellant which is also advantageous (more below).
How and why do these waxes work? Start out by using a very hard base wax such as Performance Blue (our hardest wax). Using such a hard wax gives advantages such as dirt resistance, durability, and good acceleration. Scrape and brush it. Then apply the HP Liquid Paraffin wax of choice. The HP Liquid Paraffin does not get heated in which is a key point. When you heat a HP (or High Fluoro) wax into the base, you soften the base. This sacrifices the aforementioned advantages. Instead because you don't soften the base by heating it, you still have those advantages of dirt resistance, durability, and good acceleration, but then on top of that, the HP Liquid Paraffin gives you other advantages such as excellent high end speed and hydrophobicity.
Application can be done race morning. What I like to do is have my Performance Blue already scraped and brushed out well the night before. Then I wake up race morning and check the conditions at the race site (weather stations) as well as the forecast before selecting Blue, Red, or Yellow. Then I spray the HP Liquid Paraffin on my skis (in a warm room indoors) and go eat breakfast taking my time. About an hour later, I'd brush the bases out well using the special super soft Liquid Paraffin brush. Then if desired, cover with the topcoat of the day (or leave it as is and race) and head out to the course. It is really important to use a very hard wax such as Performance Blue (or LF Blue) under the HP Liquid Paraffin waxes. This not only makes them faster, but far more durable. The HP Liquid Paraffin waxes live in the microstructure of the ski. If you harden the microstructure, you will protect the HP Liquid Paraffin wax making it more durable and effective.
One can will do 8-10 pair of Alpine skis or 10-14 pair of Nordic skis.
In the intermountain west, the most common and effective of the three colors is Blue. I have found it to be superb in "Red conditions" as well due to their being less free moisture in the snow. Also, for sprint races in wet conditions, the HP Liquid Paraffin Yellow can be applied at the start (still dripping wet) and run extremely fast for 5 minutes.
Toko HP Liquid Paraffin does not have a propellant. We use a technology where the can has a bag in it with pressurized air outside of the bag that expels the wax. This is advantageous in that propellants dilute and negatively affect performance. With a propellant, you have to use about twice as much spray (as about 1/2 of the product is propellant rather than wax) and even so with worse performance compared to a product without a propellant such as HP Liquid Paraffin.
This is the perfect wax as well for race teams where topcoats are not allowed. The HP Liquid Paraffins are super fast and quick and easy to apply.
These waxes are all in stock now as are the Liquid Paraffin Polishing Brushes. 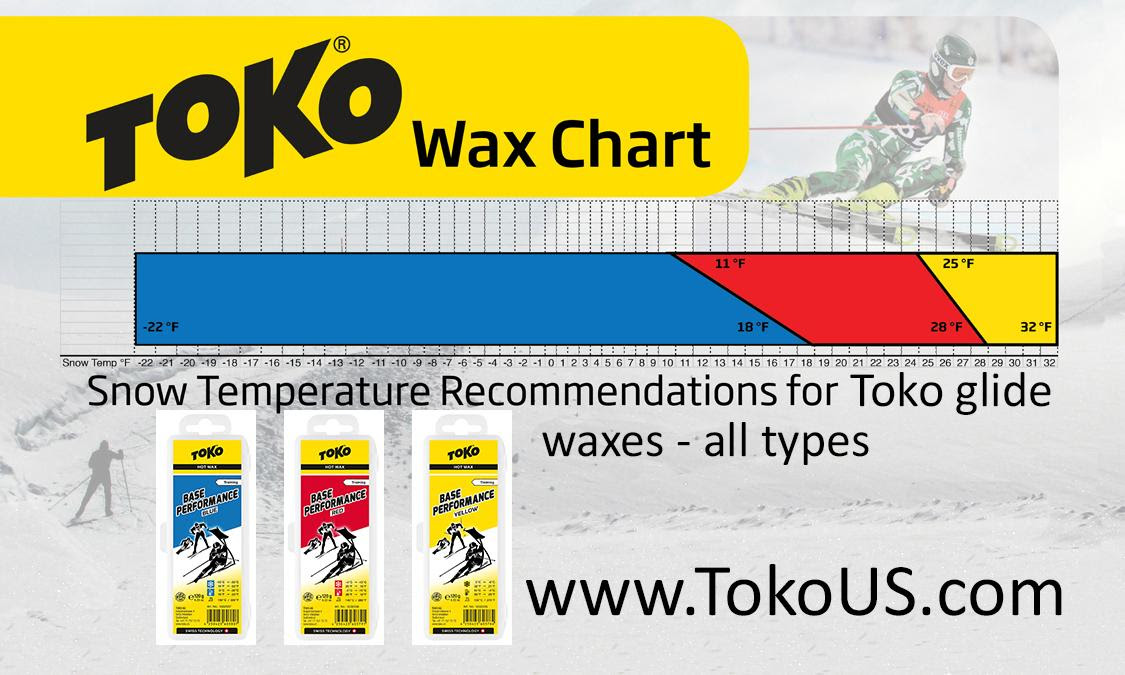